Being Good With Gizmos and Gadgets

This past week I was ready to introduce Maxine to kindergarten students and hoped they would connect Maxine with Oona.  They did.  They got that both were good with gizmos and gadgets, and each had a problem that they solved by being creative and inventive.  And along the way we had some great discussions about thinking and doing. 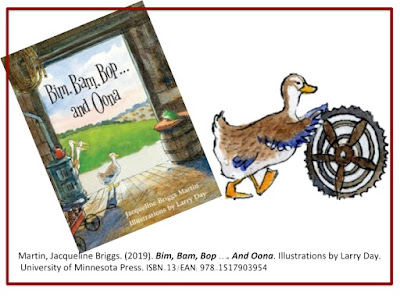 You see Oona is a duck, a waddler and every morning she and her friends, Bim, Bam, and Bop went to the pond.  Oona was always last.  And "being last was a blot on my life."  But not to sulk or worry, Oona set out to change all of that.  With the encouragement of her frog friend, Roy, who reminded her that she was good with gizmos, Oona tinkered and put together odd pieces of things she found in the barn and soon she had a gadget and a solution.  A wonderful solution that had her friends celebrating her creativity - OOO-hoolie-hoo!

After reading the story we talked about Bim, Bam, and Bop, and  Indian running ducks.  You see Indian Running ducks have tall up-right bodies and are able to run -- faster than Oona who was a waddler; with her stout body and full-chest, she was always last to the pond.  But she was good with gizmos and was able to make a gadget that would carry her and her frog friend, Roy, straight to the pond.  Her gadget was a hit, solved her problem, and impressed her friends - who clamored to ride to the pond with her.  But most of all we talked about Oona being good with gizmos and gadgets and the fact that she took apart and reassembled parts of other things to make something new that would solve her problem.

A few days later I introduced Maxine to the young learners. 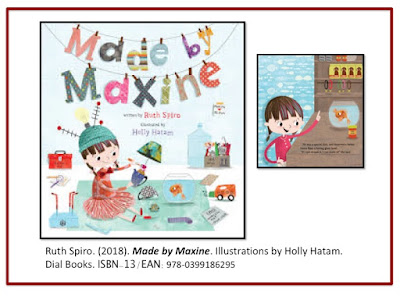 Maxine liked to tinker too.  She took apart things, reassembled them, and made new things.  And when she fell in love with her fish friend, Milton, she thought he deserved a better home than the boring old fish bowl.  So she set out to make one - and she did.  But her real challenge came when her class was going to have a pet parade and march around the school -- fish don't have feet and of course can not march. Maxine loved Milton and was determined to find a way to include Milton in her class's pet parade.  It turns out Maxine is good with gizmos and gadgets too.

Both Maxine and Oona used their own ingenuity to solve a problem.  And both had special friends who inspired and encouraged them.  Roy gave Oona encouragement and Maxine's love for Milton encouraged her to think creatively.

Soon the young scholars (and perhaps future engineers) were thinking about what they could make.  And with the encouragement of their friends they set out to do just that. 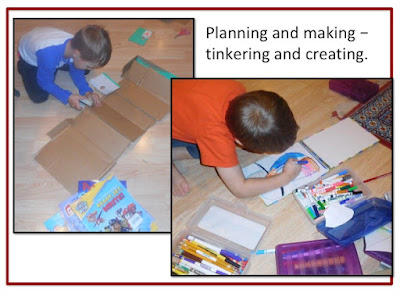 These books get ❤️❤️❤️❤️❤️ five hearts. 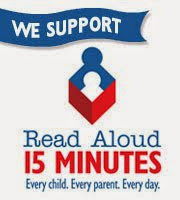